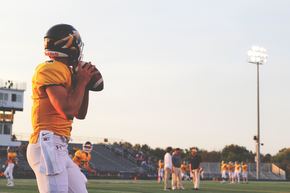 Concussion management and awareness is something that is very important if you play sports. Head injuries are something that is being brought into the spotlight more and more especially in sports. Concussions in NFL are not new, but more information on the long-term effects to players health is being released. At keepyourheadinthegame.org, concussion management and protocols are paramount in sports and the NFL and other sporting leagues have instituted protocols to address the diagnosis and management of concussions in players. On this page of our site, you will find information on all of this including concussion awareness.

After completing investigations into the way two teams handled head injuries to players during the NFL 2017 season, changes were made to the protocols for managing concussions that were already in place. The Seahawks were fined $100,000 when the NFL found that they didn't follow concussion protocols with Russell Wilson. The Texans were cleared of any wrongdoing in relation to the process they used with Tom Savage. The NFL did, however, introduce some new changes in their concussion protocol and these were seen as a way to better help protect all players.

A new rule was added to NFL concussion protocol that requires teammates, coaches, or officials to take players directly to a member of the medical team for evaluation following any hits to the head. The NFL has also added an additional unaffiliated neurotrauma consultant to each postseason game including the Super Bowl. This consultant will identify, monitor, and evaluate players for head injuries. Players must be removed from the game and taken to the locker room for evaluation after any incidents.

There are a number of protocols when it comes to concussion and player injuries in NFL games. These are:

In addition to the team medical staff and the unaffiliated neurological consultant, the league employs two medical spotters who watch the game using binoculars and video replay to help identify injuries that others might miss. The medical spotters can stop the game with a medical timeout to remove any injured players.

Concussion Awareness and Symptoms to Be Observed

There are seven concussion awareness symptoms that are used to identify players that might be suffering. If any of these symptoms are identified the concussion protocols are put into place immediately. The symptoms to look out for are:

When any of these symptoms are noticed by spotters or other medical personnel the concussion protocol is put into place immediately and the player is removed from the game.

Concussion Healing and Return To Play 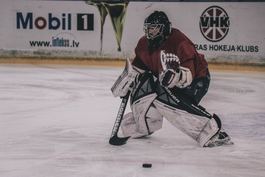 In addition to the protocols that are in place during the games, there is also concussion research into healing or return to play protocol that must be adhered to. This is a five-step process and players are kept out of the action until they pass all five steps and are cleared to return to playing. The five steps include rest and recovery, light aerobic exercise, more exercise and strength training, football specific activities, and full football activity and clearance.

Any teams that fail to properly enforce the concussion management protocols can now be punished. Any violations either in the game or in the concussion healing and return to play protocols can cost the teams high fines or the forfeiture of draft picks. Concussions are taken very seriously and consistent enforcement of these is a must.

Management, awareness, and healing protocols are in place in all contact sports and the protocols are assessed and updated if it is believed that there are additional rules that should be implemented to protect players from long term damage. New rules and regulations have been implemented over the past couple of years following studies that showed long term brain damage to former players.