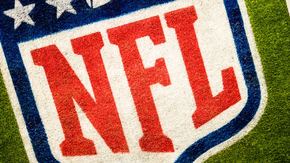 The NFL concussion protocol guide explains everything you need to know about concussions including the return to play protocol in both college football and youth sports. There have been a number of changes to the NFL protocol for the 2017 season and we have all the information on this page of our site.

Several changes have been made to the NFL concussion management and treatment for the 2017 season. This includes having an unaffiliated neurotrauma consultant present at the league command center for all games. This change to the protocol has been back by the players union and the head, neck and spine committee. The chief medical officer of the NFL stated that they are always looking at the protocol and how it is applied, and how to make it better.

The consultant at the command centre will monitor the games and assist in implementing the protocol. Duties will include contacting team medical staffs on the sidelines to ensure they are aware of any situations as they develop. An additional neurotrauma consultant will be at all the NFL playoff games as well as the Super Bowl.

Other changes to the NFL concussion protocol include:

The NFL received a $100,000 fine after a controversial injury involving Houston quarterback Tom Savage and a misstep in the concussion protocol for Seattle Seahawks quarterback Russell Wilson and this brought about the new changes.

The NFL concussion protocol is a five-step process that takes a player from a head injury to a return to play. We have these steps laid out below and if you require any further information you can visit the official NFL website. 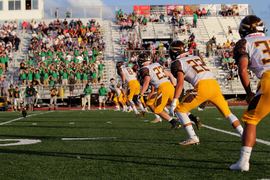 Ever wondered if sportsbetting affects players with concussion?. Whether it's the NFL, college football concussions, or youth sports concussion, there are guidelines and protocols that must be adhered to. These are in place to keep players safe and ensure that no permanent brain injuries are sustained. Contact sports such as football and hockey leave players vulnerable to concussion and having return to play concussion protocol in place means that any head injuries are assessed and treated accordingly. A player may say they're fine but adrenaline and excitement about playing in a game can damper the effects of concussion and many symptoms may not appear straight away. Having a concussion protocol in place makes sure that any player who suffers a blow to the head is assessed and treated and any long-term damage is avoided.